If You Have Been Hurt in an Accident or Work,
We Can Help You.

Engage Our Team of Expert Injury Lawyers Who Can Maximise Your
Compensation backed by a 98% Success Rate.

Why Choose Our Law Firm?

Sean Delpopolo has been recognised in prestigious Doyle’s Guide for his excellence in handling in the following lititgation categories in Queensland.

How We Can Help You

East Coast Lawyers specialise in all types of litigation claims. We have offices in
Gold Coast, Brisbane, Logan, Beenleigh and Cairns.

Our Step by Step Case Review

Let’s talk to see how we can help.

Your first meeting is cost FREE and obligation free.

We handle all negotiations with the insurance company on your behalf.

Your settlement funds are paid to you as soon as they are received.

Our Team of Senior Lawyers 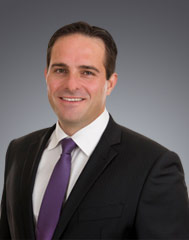 Sean Delpopolo has been protecting the legal interests of plaintiffs for over 20 years in Queensland, including areas such as Brisbane, Gold Coast, Mackay, Cairns and Townsville.

He is an accredited specialist, an expert in his field and experienced in both plaintiff litigation and insurance defence. Sean has been voted by his peers as one of the best work, motor vehicle and public liability litigation lawyers in Queensland as recognised in the Doyle’s Guide.

Fortunately, he has decided to use his skills and expertise to help out ‘the little guy.’

Sean is a fearless advocate for people intimidated and pushed around by insurance companies who deny them the legal entitlements they deserve. He is also different from the rest of the lawyers you may have already met because he takes on difficult cases, and wins:

As a father with two beautiful girls, Sean understands your situation and your need to protect your legal interests for yourself and your family.

With Sean, you will always get easy to understand, realistic and in-depth legal advice about your claim. Clients trust him because he has built a dependable reputation as a legal professional by working in some of the largest law firms in Queensland. 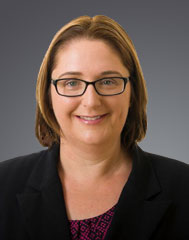 Helen Ashton is an experienced and skilled lawyer who fights every day to achieve what is right for her clients.

An accredited specialist, having been awarded the highest achiever award for the course in 2015, Helen has a high level of knowledge and technical expertise.

Admitted as a Solicitor of the Supreme Court of Queensland in 2001, Helen has extensive experience in running all types of claims.

Helen has a friendly and approachable personality and strives to ensure that her clients are kept well informed and are provided with quality and practical legal advice.

As a mother of three young children, Helen understands the impact events can have on a family unit and works proactively to achieve the right result for her clients in the shortest possible timeframe.

Helen has the ability and the experience to assist clients’ with a wide variety of claims, including claims with a high level of complexity and those that have had catastrophic consequences. 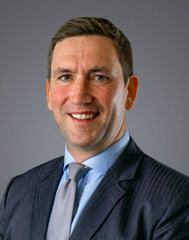 Barry has always loved a spirited debate, and, with over 20 years specialising exclusively in litigation, his passion, skill, and ability to assist his clients is well known throughout the Queensland profession.

Barry’s legal career began in his native Scotland, where he qualified as a Solicitor in 1998. Upon qualifying, he worked for a boutique practice, and then a top-tier national firm, representing a number of different insurers across a variety of industries. With years of working for insurers under his belt, Barry is able to see matters through the eyes of his legal opponents. Forewarned is forearmed, as they say!

He was admitted to practice by the Supreme Court of Queensland in 2007. In Australia, he commenced working for a large national firm, where he spent 15 years. He was made a Partner of the firm in 2011 and spent 11 years as the firm’s dedicated in-house Special Counsel. As Special Counsel, Barry provided expert advocacy and strategical advice and assistance to the qualified lawyers and clients of the firm alike.

Barry has significant and extensive experience across a wide variety of claims. He is compassionate, personable and straightforward, with a keen sense of what is fair and just, and a reputation for not settling for anything less than his client deserves.

Outside of work he enjoys surfing, the outdoors, music and spending time with his wife and 3 young children. 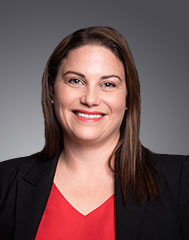 Nickelle has been practising exclusively in compensation litigation for over 20 years.  She has extensive experience in catastrophic claims, traumatic brain damage and fatalities across all practice areas.

Nickelle prides herself on being a technical, yet practical and compassionate lawyer.  Nickelle takes her time to understand her client’s situations and to ensure that they have an understanding of their rights and entitlements.  Nickelle is a tenacious and passionate advocate for her clients and is dedicated in being proactive in ensuring rehabilitation needs are met and achieving the best outcome for clients.

Nickelle was a finalist in the Special Counsel of the Year for Australian Law Awards in 2019.

Outside of work, Nickelle is a mother of two children and is a member on a number of committees both within the legal industry and community.

We strongly suggest discussing the circumstances of your injury with an accredited personal injury lawyer.

Please contact one our accredited personal injury specialists for a free, initial consultation regarding the circumstances of your injury.

1. You didn’t seek advice or access to a good lawyer

Because you did not seek advice or access a good lawyer:

You failed to seek legal advice or make a claim within the period of time that is specified in legislation applicable to the circumstances of your injury.

Failing to provide to your lawyer full disclosure of information (including all skeletons in the closet, such as performing cash in hand work, previous injuries etc.) in a frank and timely manner could have a serious impact on your claim.

Making a fraudulent claim or providing conflicting information is never a good idea.

If you are found guilty of making a fraudulent claim, there are serious consequences such as possibly being charged up to $44,000.00 in fines or being imprisoned for up to 18 months.

If it can be established that you provided conflicting information (innocently or not) this will bring into disrepute your character. Thus, when you make the claim that you feel pain and that you are suffering as a result, you will most likely be perceived as a liar and your claim for pain and suffering will be less than what it would have been if you had not provided conflicting information.

Examples of making a fraudulent claim or providing conflicting information:

Fraudulent claim number 2: You were the driver of a vehicle involved in a motor vehicle accident. You were not wearing a seatbelt at the time of the accident.

As a result of not wearing the seatbelt you were projected through the vehicle’s windscreen and landed on the bitumen. You sustained multiple injuries.

You said to your lawyer and thus, to the CTP insurer, that you had your seatbelt on at the time of the accident. However, forensic evidence proves that you weren’t wearing your seatbelt.

Fraudulent information / conflicting information ” You made a statement that you can’t lift more than 10 kg of weight because it hurts your back. You are then filmed participating in a cross-fit class, performing “Russian twists” with a 15 kg weight. Although this form of exercise has in fact improved the strength of your back (although it does, still hurt after the exercise) because you did not report this activity to your lawyer and thus, they did not disclose this fact to the insurer, and thus, your credibility is negatively impacted.

Conflicting information: You reported to your doctor that you hurt your ankle at work by rolling it while walking across a plank. However when you later on describe how you injured your ankle to your physiotherapist, you state that you hurt your ankle at work by stepping into a pot hole. With regards to descriptions as to how the accident occurred, consistency is very important. If you are inconsistent in your account, doubt is created as to whether you did in fact injure yourself at all or in the way you described i.e. at work as opposed to at home.

Volenti non fit injuria essentially means that the injured person was aware of the risk of injury and still, voluntarily, put themselves in the position of being injured. In other words, you were to blame for your injury.

Please provide details regarding your matter so we can assist you.

We respond in 24 hours or less!

Due to Queensland laws, you’re unable to enter our website to see our legal services, reviews, images, staff details and more without checking the below boxes.